Dennis Quaid has Directed 1 movie and 5 Television Series with over 40+ episodes on an array of Television Networks.

Dennis Quaid has Directed and Produced hit series' including, Merry Happy Whatever, The Art of More, and Vegas.

Dennis Quaid has been nominated for multiple awards, including 2 Golden Globes.

Dennis Quaid has premiered films at festivals such as Tribeca, Venice, Napa, Toronto, and Berlin.

Dennis William Quaid (born April 9, 1954) is an American actor known for a wide variety of dramatic and comedic roles. First gaining widespread attention in the 1980s, some of his notable credits include Breaking Away (1979), The Right Stuff (1983), The Big Easy (1986), Innerspace (1987), Great Balls of Fire! (1989), Dragonheart (1996), The Parent Trap (1998), Frequency (2000), Traffic (2000), The Rookie (2002), The Day After Tomorrow (2004), Vantage Point (2008), Footloose (2011), Soul Surfer (2011), and The Intruder (2019). For his role in Far from Heaven (2002), he won the New York Film Critics Circle Award for Best Supporting Actor among other accolades. The Guardian named him one of the best actors never to have received an Academy Award nomination.The goal of the Viewpoint Project is to enlighten the audience by delivering diverse informational and educational documentaries by covering a variety of issues and topics. Viewpoint Project is on the cutting edge of the television documentary industry, producing top quality programming for Public Television. 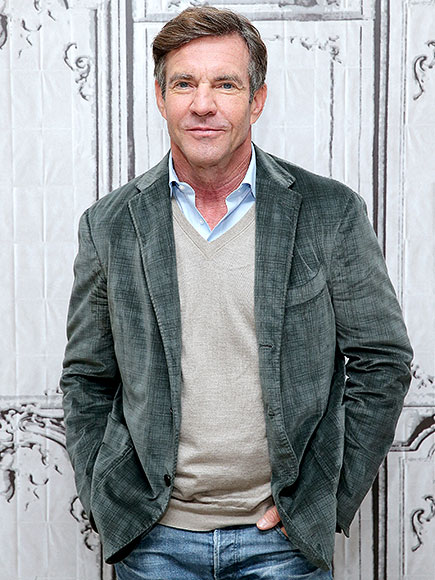 "Thank you again for putting together such a creative and well thought out commercial and demo. Both cuts look great! Please let your editor know that we really appreciated all the creative elements that she used and the footage that was selected for the story as well." ~Kristen Wellen

"It was a great experience working with your team. Nothing but praise for the crew and their ability/artistry." ~Jimmy Kayihura

"These look great and we are already planning to use the spot tomorrow as our end of season post on all of our social platforms! Again, we appreciate the help on this project and enjoyed working with you and your team on it." ~Jeff Slivinski

"This is amazing and we are very pleased with the results. I played this for our Board of Directors today at our monthly meeting and they loved it. Your team truly helped us express our message visually and we thoroughly enjoyed the entire experience." ~Dr. Jolene Nichols

"It looks great! We are really excited about using this content and the exposure. Your staff was a pleasure to work with and very much appreciated. We look forward to working with you again in the future!" ~Betty Crites

"Thank you so much!"

"We showed the episodes to our board members at their meeting on Thursday and they got a standing ovation." ~Christy Riley

"Extremely Professional to Work With"

"The entire Royal Caribbean family is committed to the legacy of hospitality and culture of innovation that is at the core of our guest service, the protection of our natural environment and responsible citizenship in our global community."

"This looks great! I’ve circulated it to the entire team and we are very pleased with the deliverables. We appreciate your team’s efforts on both the production side and with the distribution. It was a very organized and streamlined process. " ~Jim Poon

"The University seeks to cultivate in its students not only an appreciation for the great achievements of human beings but also a disciplined sensibility to the poverty, injustice and oppression that burden the lives of so many. The aim is to create a sense of human solidarity and concern for the common good that will bear fruit as learning becomes service to justice."